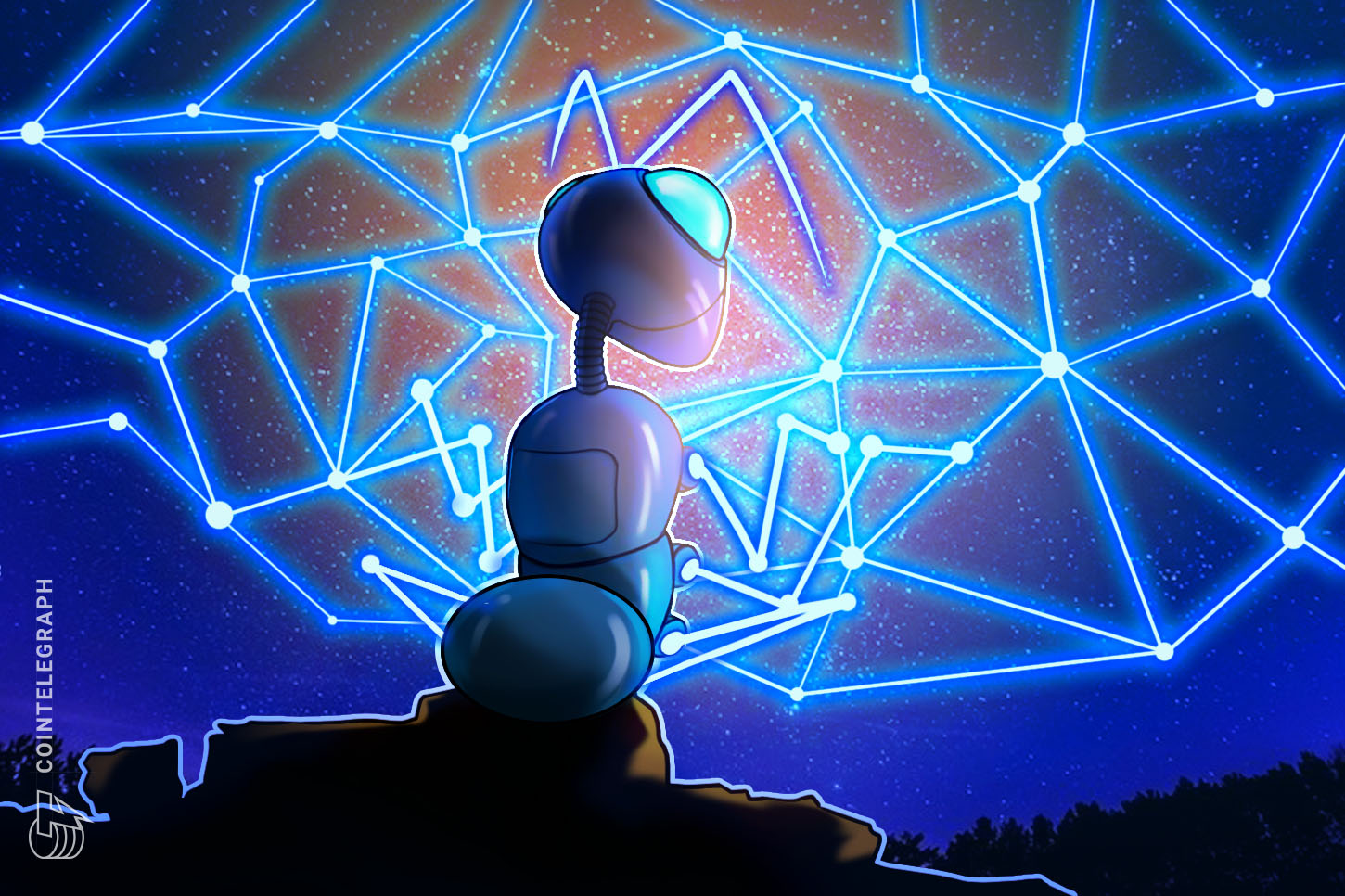 Meta-DeFi protocols are becoming increasingly popular following the success of Yearn.finance. The project is essentially a yield farming hedge fund that lets people participate in complex strategies to farm the governance tokens, or GTs, of other protocols.

Yearn is just about business — it sells any tokens it obtains through its activity. But a new project wants to reverse that concept to focus completely on the governance power offered by these tokens. PowerPool is a meta-governance protocol project that seeks to concentrate governance tokens of all platforms under one roof. Developed by a group of anonymous developers, it is quickly gathering support in the business ecosystem, with firms like Delphi Digital entering a position. Other backers include Pantera Capital’s Paul Veradittakit, Multicoin Capital’s Kyle Samani, CoinShares’ chief security officer Meltem Demirors and other notable industry figures.

Additionally, OKEx exchange announced that it would list PowerPool’s CVP token among other new tokens like Sushi and YFV, with primarily China-focused exchanges following suit. Jay Hao, CEO of OKEx, told Cointelegraph that the decision was motivated by the exchange’s “commitment to furthering the development of the DeFi space,” which includes supporting “up-and-coming high-potential DeFi protocols.” He emphasized that OKEx is not an investor in the project, however.

Cointelegraph also spoke to one of the protocol’s anonymous developers, who goes by the pseudonym “Leeroy,” to learn more about why high-profile investors are showing interest in the project. Indeed, the protocol was designed to attract both major ecosystem players and minor token holders alike.

How does PowerPool work?

The protocol works in a similar way to existing lending protocols like Compound or Aave. Users who are uninterested in governance can stake the governance tokens they own, like COMP, LEND, YFI or MKR, which can then be borrowed by other people — for example major stakeholders. To do so, they will need to pay interest, which can be interpreted as essentially trading votes for money. Leeroy, however, did not agree with that categorization, saying:

“Not exactly that. People can ‘delegate’ or ‘pool’ their votes in order to get interest rate or a loan. At the moment we have two use cases for GTs in our protocol: To lend or pool GTs to earn interest rate via a money market model, or to use GTs as a collateral to get a loan in other tokens — for example, stablecoins.

“So, by adding GTs in PowerPool users can expand the utility of their GTs by adding cashflows to their token holdings in the former case or getting a loan in the latter. In both cases they also earn CVP via a liquidity mining mechanism.

Why the need to create a new project?

In many ways, the description matches what platforms like Aave and Compound are doing right now. This raises the question as to why PowerPool should exist as a separate entity when something similar can be done elsewhere. Leeroy highlighted the potential conflict of interest:

“For example, now Aave offers lending markets for GTs. They also decided to use the idea to use pooled GTs for voting. LEND holders decide how pooled GTs will vote. Let’s consider the case when the GT is COMP. So it looks like COMP holders will delegate their voting power to LEND holders — a competitor protocol!

“It is the same if JPMorgan delegates the board votes to Citibank. Weird and unsustainable. In our opinion, we need a separate project for that as it has to be a neutral platform, unrelated to any other protocol.”

The solution adopted by PowerPool seems similar to other protocols, but the purpose of the project goes far beyond simple lending, according to Leeroy:

“The ultimate goal of PowerPool is to form the meta-governance layer in Web3.0. If enough tokens are pooled, a wide community of Majority, Minority, and Protocol Politicians will participate in governance with CVP.”

“I mean, at least they’ll have a significant share of voting power during votes or be a ‘loud voice’ that is heard across the industry. They can influence the development of the whole industry, establish certain standards, for example, for collateral types, etc.

The goal is solving voters’ apathy, providing additional value to GT holdings and increasing capitalization of votes, as the more tokens are voting — the more secure is the voting system.”

How does this solve voters’ apathy?

On the face of it, pooling tokens just to earn interest is the opposite of solving apathy. But the project has another important feature that deals with this issue, Leeroy explained:

“Voters’ Apathy is solved as a lot of ‘passive’ token holders will convert their tokens to ‘actively participating’ by delegating their tokens to the pool. It will increase the vote capitalization, which is how many tokens participated.

“It is clearly a solution for Voters’ Apathy once a significant share of minority token holders supplied them to the PowerPool.”

How to deal with the plutocracy in blockchain governance?

Governance in blockchain is a complex topic, but existing experiments suggest that rich token holders drive the majority of the decision-making process. Proposals on protocols like Compound or Yearn.finance are often issued and voted on by major token holders. The system of “one token equals one vote” is in general a manifestation of plutocracy — a system where wealth defines power.

One possible concern of a system like PowerPool’s is that it could further exacerbate these issues — rich entities could gain an even larger slice of the voting rights by borrowing them. But Leeroy believes that the representation mechanism will have the opposite effect:

“Talking about plutocracy in blockchain governance, it exists in any of them — the majority of votes occurring in blockchain protocols are owned or manipulated by whales. We try to do the opposite and engage minority holders — whose tokens often aren’t participating in voting at all now — as well as whales and Protocol Politicians to establish social consensus around voting using pooled tokens.

“In our protocol people cannot ‘vote just using money’ — you need to buy a lot of CVP to really influence PowerPool voting. Here I mean the late stage of the protocol, when it matures, tokens will be mined by LPs, and capitalization will be high.”

“We named it the ‘Social consensus,’ as from some point of view it looks like consensus in blockchain. So we are not trying to trade votes for money, but to avoid that and create consensus around it.

Can one-party dominance be avoided?

The allure of capturing all tokens supplied to the protocol may incentivize protocol takeover attempts, meaning that users would still have little choice in how to delegate their tokens. The representation, delegation and borrowing features of PowerPool would be made useless if one particular faction took over the protocol. One possible solution is to fork a new protocol for each faction, but Leeroy believes this won’t be necessary:

“We think that specific factions in crypto will create unions on PowerPool, but we are already developing tools for that. It will work like small DAOs of CVP holders which vote together and can delegate their CVPs to DAO representatives.

“Regarding forks, we will make sure that our protocol will satisfy all requirements of different communities of GTs, but also we are aware that people will make at least several forks. The protocol is open-source, the idea is fresh and there are a lot of people in the DeFi space who want to make something based on forked code. The main point is community size, trust, liquidity and presence on the market, and it is not easy to achieve just by forking code.”

The yield farming boom was mostly about existing protocols releasing their own governance token into the wild. The focus has been primarily on making money so far, but as the dust settles, the question of who controls the protocols is likely to become ever more prevalent.

DeFi is currently a very top-heavy ecosystem in which the average user commits tens of thousands of dollars to the protocols. PowerPool could effectively stimulate minority holders into making their voices heard and reduce the ecosystem’s wealth and power gap. But the playbook of governance representatives it adopted is hardly utopic — DeFi is unlikely to change the fact that most people are apathetic to direct governance.

Hao said that OKEx will be “watching keenly to see how the platform evolves and how this solution to governance turns out.” Not all of the many innovations introduced in DeFi will stick, he added, but the situation is promising: “The emergence of protocols tackling the issue of blockchain governance is a sign that the industry is reaching a new level of maturity.”