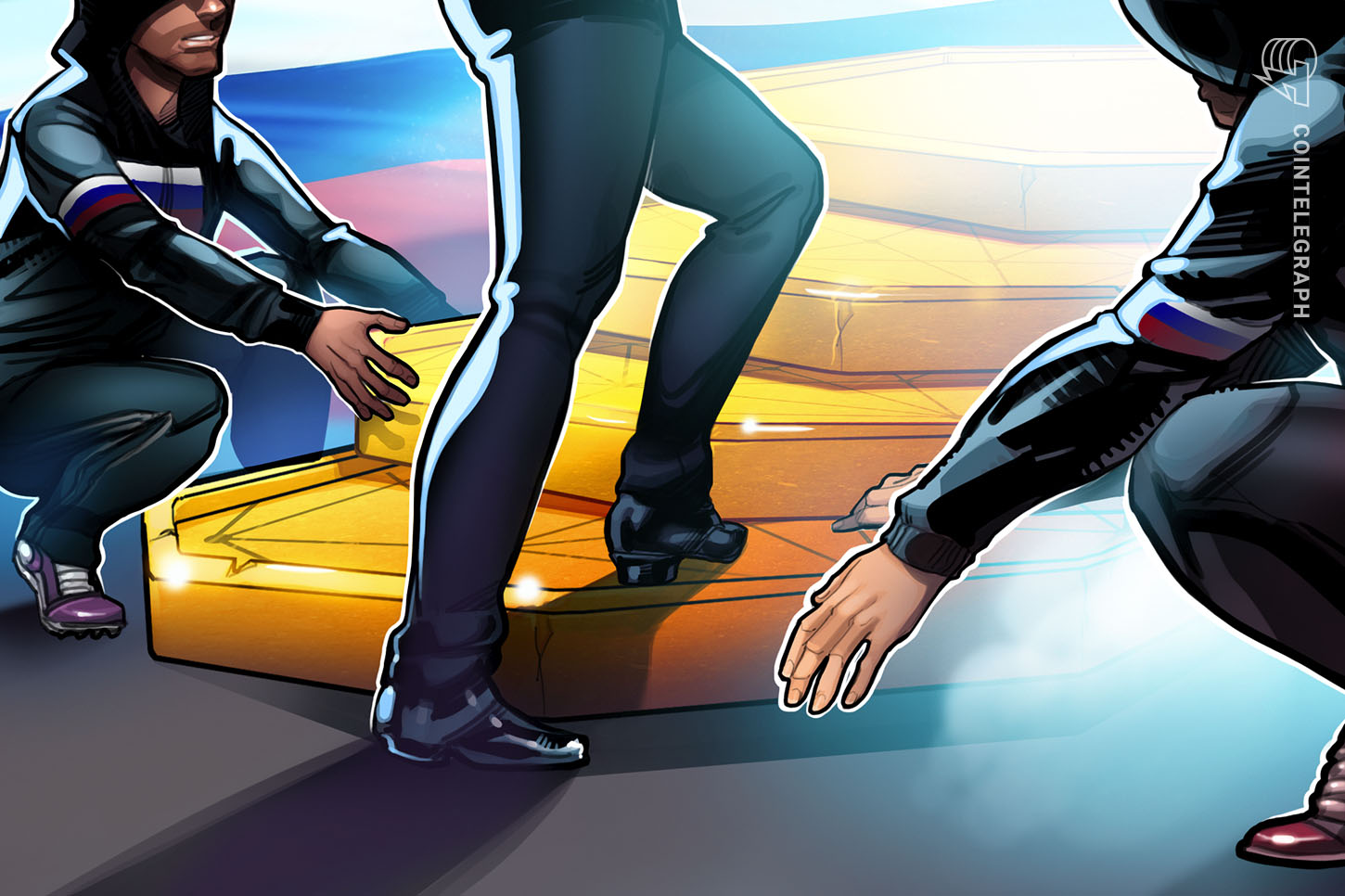 Not unlike many other jurisdictions around the world, Russia has come to recognize the potential benefits and risks flowing from cryptocurrencies by taking its first step to define and codify digital assets.

The new Russian legislation dubbed “On Digital Financial Assets” sets a clear direction for the treatment of cryptocurrencies by authorities and how both individuals and businesses can handle them in everyday practice.

Nevertheless, the new legislation may give pause to payments companies and fintech companies keen on expanding into the Russian market. While the approach of the Russian legislature toward cryptocurrencies — or digital assets, as they are defined under the new law — bears many similarities to the approach taken by United Kingdom regulators toward crypto assets, the clear prohibition of the use of digital assets as a means of payment draws a strong distinction between the U.K.’s Financial Conduct Authority, or FCA, and the Russian Duma.

What is the new bill?

First and foremost, the long-awaited new bill on digital financial assets, or DFAs, defines the term “digital assets” and their use. According to a translation by TASS, a major Russian news agency, the bill defines them as: digital rights, an aggregate of electronic data comprising money claims, negotiable securities, and rights to participate in the equity of a non-public company with shares.

The bill also provides a non-exhaustive list of permissible use cases for DFAs, clarifying that they can be bought and sold, inherited, or exchanged for other digital rights. But the possibilities are not endless; it has been made very clear that digital currency cannot be used or advertised as a means of payment for goods or services, nor does it constitute any form of Russian currency or any other foreign currency.

Even though limited, the new legislation legitimizes digital asset trading and exchange and sets out a skeleton of a regulatory framework for digital asset issuers and exchanges, both included in the bill under the umbrella term of “digital asset operators,” while traders and holders fall into a separate category of “investors.”

Regardless of the scope of permitted use for DFAs, the new law represents a giant leap toward crypto adoption in Russia, as the State Duma, in previous iterations of the bill, had contemplated a much less crypto-friendly tone and even criminalization of crypto activity.

The new legislation brings Russia in line with the position of U.K. tax authorities on crypto taxation matters, taking the view that digital assets are considered property in the eyes of the law and are thus taxable on an individual and commercial level.

A similar approach was taken by the English courts in the case of AA v. Persons Unknown, where it was held that crypto assets, such as Bitcoin (BTC), are categorized as property for the purposes of the law. Additionally, Her Majesty’s Revenue and Customs collects capital gains taxes on personal crypto investments and income tax in the case of crypto trading in a commercial context.

For the time being, it is unclear whether the Russian legislature will follow the same model.

What is the difference between the Russian and U.K. approach?

While the two regulators agree on the approach to taxation and treatment of digital assets as property, when taking a closer look at the FCA’s definition of crypto assets, the two perspectives begin to diverge.

The FCA defines “cryptoassets” as:

“Cryptographically secured digital representations of value or contractual rights that use some type of distributed ledger technology (DLT) and can be transferred, stored or traded electronically.”

This definition is further narrowed down to a threefold classification of e-money tokens, security tokens and unregulated tokens.

The last category, unregulated tokens, encompasses all cryptocurrencies used as a medium of exchange, something that Russia has now expressly prohibited. The FCA refers to this category as unregulated, and it remains true to this terminology, as it does not lay down a regulatory framework, licensing scheme or other regime of compliance for a business or individual to engage in the exchange of cryptocurrency for goods or services. Even though the FCA previously issued warnings about notorious unregulated token OneCoin, it has since removed its warning, citing a lack of authority to regulate crypto assets as influencing the decision to remove it.

That said, the Bank of England, the U.K.’s central bank, makes it abundantly clear that crypto assets (unregulated exchange tokens) are not currency. This is also evident by the departure in the FCA’s terminology from “cryptocurrency” to the now commonly used “cryptoassets.”

Why is recognizing digital assets as currency a point of contention?

Consequently, it is worth examining why regulators are so reluctant to consider digital assets a currency. Aside from the ideological and cultural aspects against such a classification, the economics behind defining cryptocurrencies as legal currency leaves much to be desired.

The current design of most cryptocurrencies accounts for a fixed eventual total supply, which in the macroeconomic sense carries a danger of deflation in wages and in goods and services. In turn, the lack of ability to manipulate money supply in response to market demand could lead to price volatility more problematic than that of an unregulated currency itself.

The role of the central bank in adjusting monetary policy has proven especially important in the context of the COVID-19 pandemic, with direct government financing to fund stimulus packages and government expenditure in response to the health crisis. Great examples are seen with direct monetary injections, such as in the case of the United States Federal Reserve, or through quantitative easing, such as in the case of the Bank of England.

However, the printing of money has often been criticized for its potential to result in inflation or hyperinflation. In simple terms, this means the devaluation of money in response to an increased monetary supply. However, in the case of COVID-19, it seems that in combination with relevant safeguards, it has proven to be a very valuable tool in times of crisis, even if the long-term repercussions are still unclear.

The distinction between traditional currencies and crypto also lies in the fundamental concepts they represent. In contrast to traditional currencies, cryptocurrencies do not function on the basis of a liability of the state toward the individual, but their meaning can be boiled down to a consensus between participants more akin to a barter system.

The economics of crypto as a currency are definitely far from “figured out,” which in itself justifies caution before declaring it a type of currency and equating it to traditional money. Nevertheless, economic analysis does not suggest complete elimination of the circulation of cryptocurrencies as a means of exchange.

Still a long way from DeFi and laissez faire

Despite the (much more than expected) crypto-friendly tone, the new Russian crypto bill remains very cautious toward many of the original ideals behind cryptocurrency. One of the key features of cryptocurrency is the removal of a central monetary authority, replacing it with a distributed ledger to achieve the system’s own checks and balances. Since the emergence of cryptocurrency, this concept has culminated in the decentralized finance movement.

DeFi is a movement aimed at creating financial networks and providing traditional financial instruments without the involvement of a central authority. It achieves this by using a decentralized, open-source network to account for the functions traditionally ensured by a central bank. While many DeFi protocols have emerged since the popularization of cryptocurrencies, they have a universal aim of removing intermediaries from everyday banking and financial instruments while ensuring trust and security on the network.

While the new Russian bill takes a big step toward crypto adoption, it makes it clear that those engaging in digital asset investments will be subject to close control and scrutiny by the Central Bank of Russia as the central authority. Digital asset operators, as defined in the bill, will be approved and registered by the Bank of Russia and all DFA transactions within their control will be carried out on a framework of “special information systems” that are also subject to central bank approval and verification.

Both the operators and investors will only be allowed to handle crypto operations subject to declaring their possession, acquisition and transfer. The Bank of Russia will also reserve the right to qualify central DFAs as accessible only to certain qualified categories of investors.

The key distinction between the Russian and U.K. approaches does not lie in whether cryptocurrencies can or will become a replacement for traditional currencies but in the fact that the U.K. recognizes their potential function as a complementary, improved feature of our monetary systems. As reported by the U.K.’s Cryptoassets Taskforce in its 2018 final report, small scale FCA testing proved that as a means of exchange, cryptocurrencies can offer improvements in speed and cost of monetary transfers, especially in the cross-border context. The Russian legislature fails to recognize such potential and entirely rejects one of cryptocurrencies’ key and original functions.

For U.K.-based crypto businesses, or crypto operators, seeking to provide services on the Russian market, this means significant expenditure on legal opinion to navigate what is shaping up to be a complex regulatory framework, as well as uncertainty on acquiring requisite approvals from the Bank of Russia.

Further, they will face the task of tailoring their services to ensure they remain within the definition of legalized crypto activity, whether this means disabling certain features or more creative technical solutions to ensure the limited use in line with the new Russian legislation. The more evolved businesses could even consider the development of liability protections from investors who use their platforms and fail to conform to the new limitations.

As far as the regulatory framework goes, the current bill merely serves as an indication of what is to come in terms of practical regulatory challenges. In its autumn session, the State Duma is due to release another piece of legislation, dubbed “On Digital Currency,” with more details regarding the regulation of DFA operators, investors and systems, and their relationship with the central bank, providing further clarity for crypto enthusiasts in Russia.

The views, thoughts and opinions expressed here are the author’s alone and do not necessarily reflect or represent the views and opinions of Cointelegraph.

Martyna Dudek is a paralegal at Wirex, a digital payments platform. She is a law graduate who is passionate about the fintech payments industry and its interplay with intellectual property. Aspiring to qualify as a solicitor into the financial services space, she closely tracks the developments revolutionizing the global payments industry and tokenization of property.